I’ve been going out once a week to check the progression of blooms among our native wildflowers here in northwest Ohio, and things are definitely starting to happen. The day I went to survey them last week was quite chilly, with temps in the low 40s. I was even pelted with beads of graupel for a few minutes after I stepped out of the car. (And as I write this today, I’m watching a steady snow falling outside my window…winter doesn’t want to let go of us just yet.)

As expected in these conditions, the Bloodroot was tightly closed against the cold.

I was pleased to find that the variety of blooms had increased since my prior week’s survey. There were still lots of Sharp-lobed Hepatica and Spring Beauty blooming, but Purple Cress was the superstar on this day. Its tall stems lifted it up above the carpet of leaves formed by all the other plants that are still thinking about whether or not they want to poke their heads up yet. 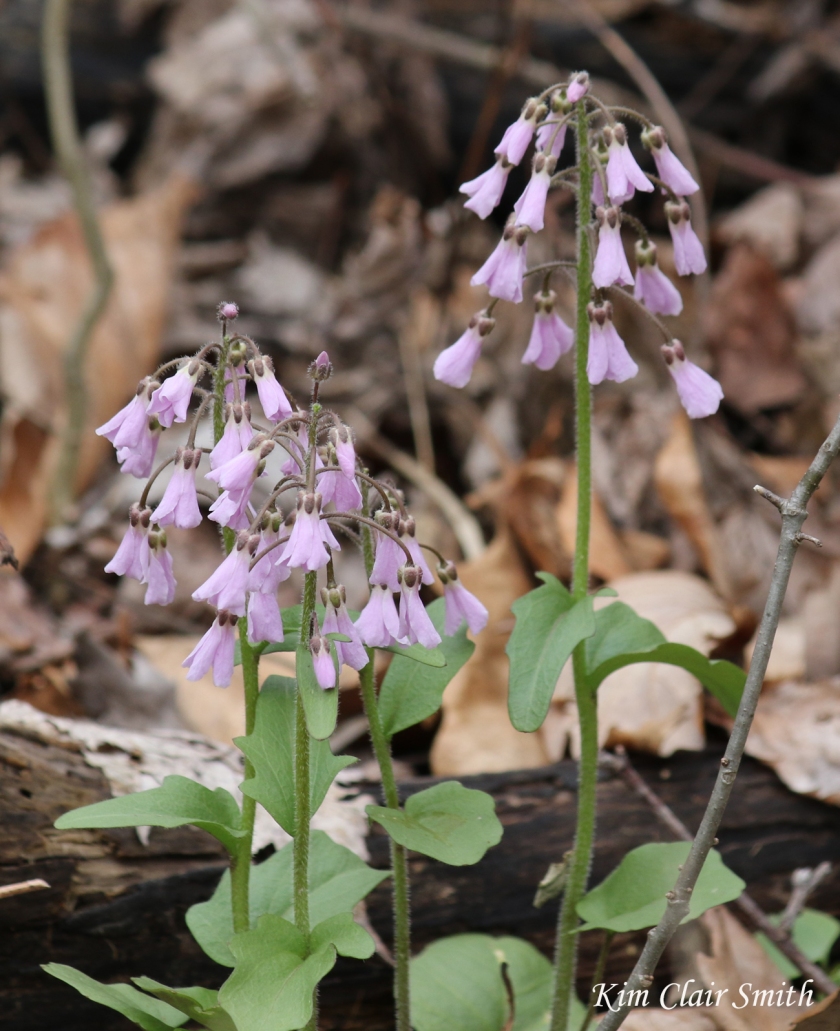 And here are the Spring Beauties:

I discovered a little bee that’s a specialist pollinator of these flowers — meet the Spring Beauty Mining Bee (Andrena erigeniae). The term oligolecty is used to describe this kind of specialist relationship between a bee and a particular flower or genus of flowers. Interesting stuff, isn’t it?

The Yellow Trout-Lilies were just beginning to rise from a carpet of spotted leaves. The other day my friend called them Dogtooth Violets, and I thought that seemed a strange name because they’re not violets. So I came home and read about this species in one of my favorite reference books (The Secrets of Wildflowers, by Jack Sanders). That’s how I discovered that the “dogtooth” part arose because of their similarity to a European version of this flower (Erythronium dens-canis), in which the corms apparently look like dog’s teeth. Still not violets though.

The seeds of this flower are dispersed by ants, ground beetles, and crickets. Once a plant is transported in this manner, it will eventually begin spreading by means of underground corms. Trout-lilies form big colonies through a type of cloning process, and only about 1% of the plants in a colony will bloom in any given year. A few years ago a friend took me to visit a little colony of them not far from my home, and now I realize that there must have been many thousands of them still underground, biding their time. This is a photo collage I made from my visit to that colony:

And here’s Harbinger of Spring, also known as Salt & Pepper (Erigenia bulbosa). These flowers are so tiny, I always feel victorious when I find them on the forest floor

These pretty white blooms are Rue Anemone (Thalictrum thalictroides), a member of the buttercup family. I like its distinctive three-lobed leaves.

I had intended to show you one more species today, but I think this is long enough. And I could probably devote an entire post to that other species, so perhaps that’ll be coming up next.

Hang in there, everyone, spring is really coming and soon we’ll all be able to spend lots more time outdoors getting our recommended doses of Vitamin N (Nature). Be safe and be well. 🙂