Ohio Has the Blues 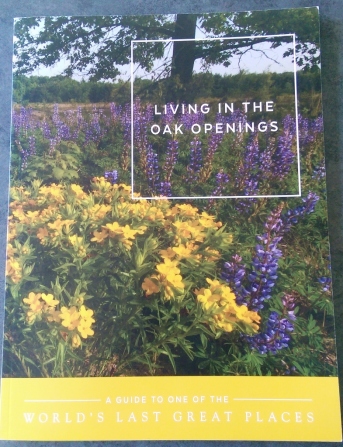 The region of northwest Ohio where I live is called the Oak Openings. It’s one of the world’s rarest habitats, a band of sandy soil about five miles wide and 80 miles long, stretching across Ohio and southeastern Michigan.  When the last glacier receded from this area 15,000 years ago, it left in its wake a large lake that eventually became present-day Lake Erie. That ancient lake deposited large amounts of sand on top of the clay soil, and this unique combination is what has allowed the formation of a variety of ecosystems, ranging from open oak savannas to wet prairies to sand dunes. The Oak Openings region is home to dozens of rare species of plants and animals. And since I live here now, I want to learn all about it.

What better place to begin my exploration than Oak Openings Preserve, the largest of the Toledo Metroparks. We’re in the midst of  “Blue Week” here, an annual celebration of the special flora and fauna of the Oak Openings area, particularly those that are blue. The iconic plant associated with Blue Week is the Wild Lupine, which is found in large swaths throughout the metropark right now.

I had seen lupines before, but never in such abundance. I love the gorgeous blue spikes rising above the bright green blanket of leaves. And the circular arrangement of the leaves is really pleasing to my geometry-loving brain. 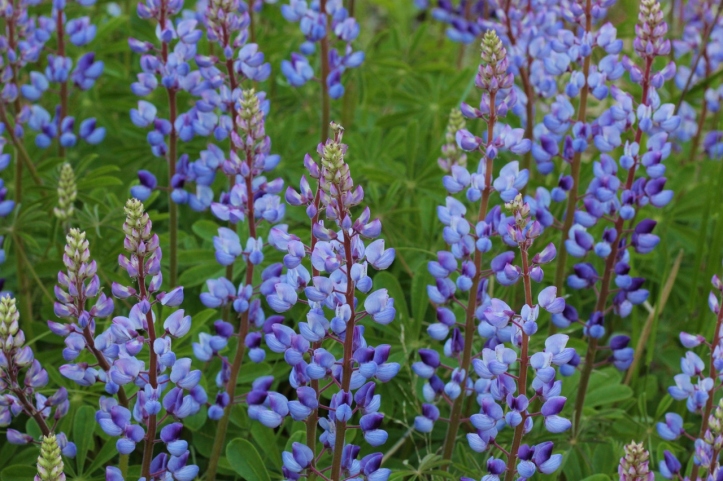 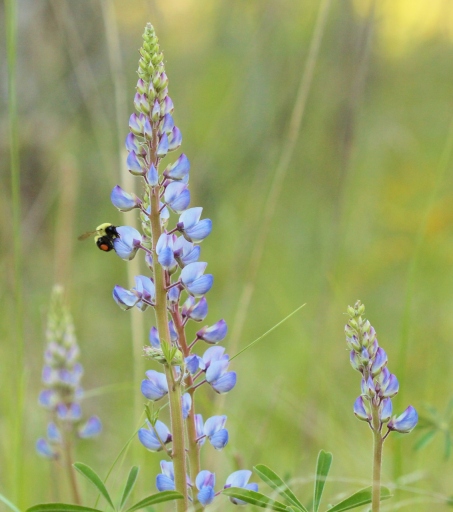 There’s a tiny endangered butterfly that can only breed in places that have Wild Lupines, and so I was hoping to catch a glimpse of one of them as well. They’re a subspecies of Blue butterfly called the “Karner Blue.” I’d read that they were the size of a nickel, so I had a feeling it would be hard to find them. I was standing out in a sandy path listening to birds when, out of the corner of my eye, I saw fluttering movement. I glanced down to see a tiny blue butterfly flitting among the grasses at the edge of the path.

I wasn’t able to get very good pictures of this guy, and I first thought it was a Karner Blue. But I think it’s actually an Eastern Tailed Blue instead. Another very pretty butterfly, but a disappointment on this particular day. 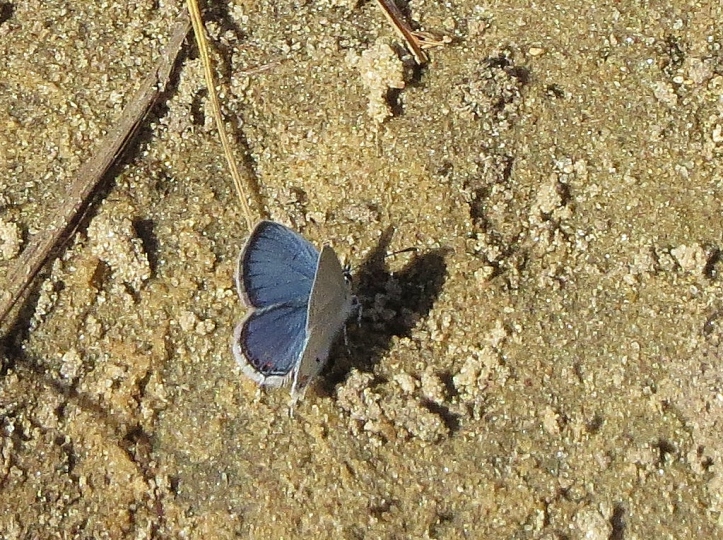 I wish I’d been able to see a Karner Blue, and maybe I will one day.  If you want to read more about why this species is endangered, the US Fish & Wildlife website has some good information.  Before I realized this wasn’t a Karner Blue, I had a “connect the dots” moment out there in that windswept sandy prairie, seeing the endangered plant and (I thought at the time) the endangered butterfly that depends on it for survival. 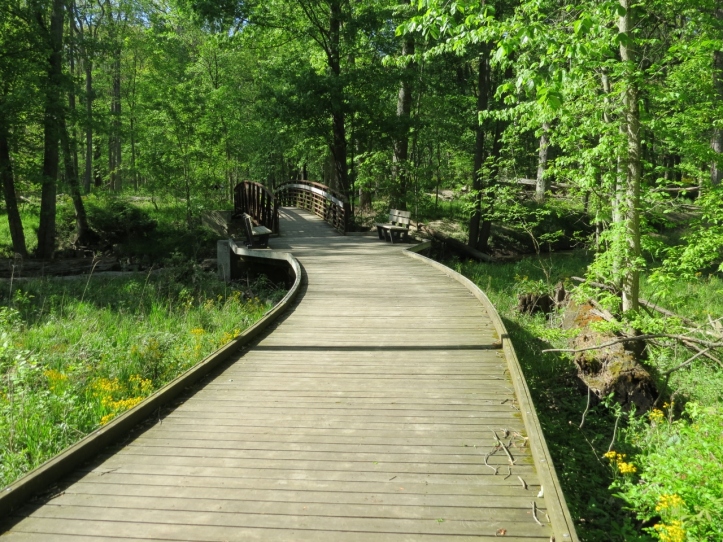 And, as luck would have it, just as I was finishing this article for the blog, I got to do this: 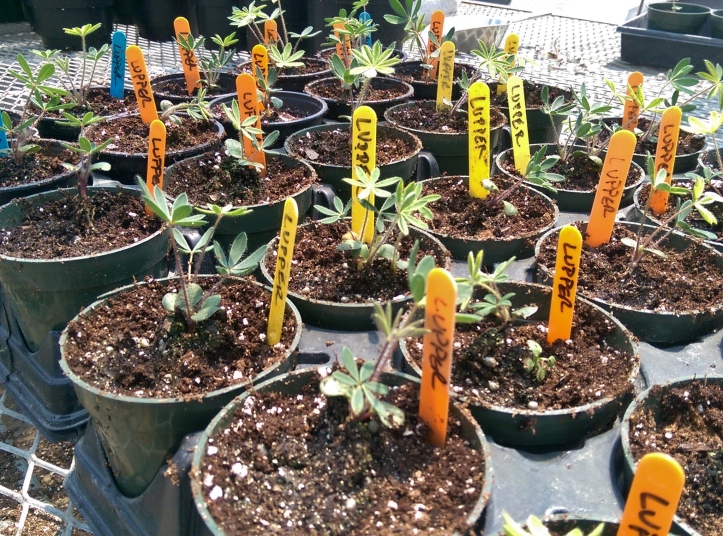 Yes, I got to help the metroparks by transplanting some Wild Lupines from cell packs to 4″ pots. I had volunteered for a day of potting tree seedlings, but when I arrived for my shift they had already finished the trees. I was very disappointed, thinking I’d made the 30-minute drive for nothing. So I asked if there was anything else I could do, and that’s how I ended up spending almost three hours with the lupines.

I found this to be such a satisfying job now that I know how important those plants are to the ecosystem. Each time I popped a tiny plant out of the cell pack, I envisioned it standing tall and blooming on the sand dunes at Oak Openings, providing nourishment for the Karner Blue butterflies that can’t survive without it.

And as if that wasn’t enough for a gratifying experience, they gave me six tiny lupines for my yard! I had mentioned to the greenhouse supervisor that I was considering trying to grow them in my garden, and as I was preparing to wrap up my shift, she made the sweet gesture of offering me a six-pack of baby plants. I was overwhelmed, and cannot wait to find the perfect (sandy) spot in my garden for them.

Speaking of my garden, perhaps in an upcoming post I’ll show you some of the plants that have been blooming here lately. My new yard has been full of surprises!

P.S. I found an interesting bird-related trivia tidbit about the phrase “to have the blues.” It goes back at least as far as 1827, when John Audubon used the phrase in a letter to his wife Lucy.